These 36 races for seats in the Kansas Legislature in the Nov. 3, 2020, General Election could significantly impact the future direction of Kansas. See how candidates in some of the state’s most competitive races responded to questions The Journal asked about their views of  key election issues chosen by Journal readers.

All 165 seats in the Kansas Legislature will be on the ballot in the Nov. 3 General Election. But it’s the decisions of voters in 36 of those races that could have an outsized impact on the future direction of Kansas.

Will Kansas expand Medicaid? Pass a constitutional amendment on abortion? How would the budget be balanced to makeup for revenue shortfalls from the COVID-19 pandemic? Will Republicans maintain their super majority, which would give them greater say in issues such as redistricting? Or will Democrats be positioned to sustain the vetoes of Gov. Laura Kelly?

Voters in 13 Kansas Senate and 23 Kansas House races will have considerable power to shift the Legislature in their preferred direction. Why? Because they live in districts that have demonstrated shifts in their political loyalties and where there’s the possibility of keen competition between the two major political parties to win over voters.

Using data compiled by Patrick Miller, a University of Kansas political scientist, The Journal created a list of 36 districts to watch in 2020. Many of the districts are politically heterogenous, having supported Donald Trump for president in 2016 but backed Democrat Laura Kelly for governor in 2018. Others have a history of close races or volatile political preferences. At least one is highly unlikely to flip party control in 2020, but could be worth watching for years to come because of shifting demographics there.

As part of its efforts to develop a “citizens agenda” for campaign coverage, The Journal surveyed its readership over the summer to find out what they wanted candidates talking about as they competed for votes in the general election. More than 800 people from across the state responded to our brief survey. They overwhelmingly mentioned four issues they would like to see candidates running for office discuss – the economy, health care, the COVID-19 pandemic, and race and criminal justice. You can read the details about our process and the questions we decided to ask.

The Journal asked all of the candidates running in these 36 races to answer an election issues questionnaire focused on these topics. Many of the candidates detailed their responses in writing. For those that didn’t, myself and Journal reporters Dawn Bormann Novascone, Mark Wiebe, Joel Mathis and Stan Finger reached out to those who didn’t respond and asked them to answer a slightly abbreviated set of the questions in phone interviews or by email. In all, we received responses from about two-thirds of the 73 candidates we reached out to.

For those candidates who didn’t respond, we tried to create summaries of their views on these issues based on data that is publicly available elsewhere. We felt it was important that voters have the opportunity to understand where the positions of candidates contrasted so that they could understand how their votes might influence the Legislature. Wherever possible, we tried to let candidates speak for themselves, using their own words, while also providing very brief summaries that highlight where candidates differ.

Below is a list of races we’re profiling and a link to the full story about them. We hope readers will find them helpful as they make their decision this fall. 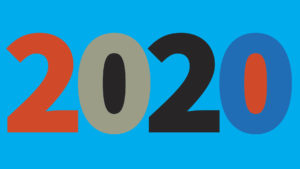