When the classroom didn’t pay, a Wichita teacher made his side gig a career

For one former Wichita teacher, a painting business offers more financial rewards than staying in the classroom. With teacher pay a national issue, his story is not uncommon.

In his ninth year of teaching – with his pay frozen to that of a fourth-year educator – Ryan Kelley did the math.

The Wichita Public Schools language arts teacher had maxed out all stipends available to him: team leader, lunch duty, before-school supervision. His side gig, common among teachers, had become a thriving business, Integrity Painting.

Kelley, married and a father of three, had already quit coaching soccer to make more time available for the business. He and his crew completed jobs on evenings, weekends and school breaks, and he crunched the numbers on all the painting jobs he was turning down.

“It just didn’t add up,” Kelley says. “I never thought I’d be a painter. It’s allowed us to make a lot more money. Money’s not everything, but it’s given us a lot more freedom.”

Teacher pay has become a high-profile issue across the United States. In 2018, teachers in Oklahoma, West Virginia and Kentucky went on strike over pay. In Arizona, teachers staged “walk-ins,” protesting in front of schools before class over low pay and shortfalls in funding.

According to data from the National Education Association, in 2017 Kansas ranked 42nd in teacher pay among the 50 states plus the District of Columbia. The average salary for Kansas teachers was $47,984 in 2016-17. Salaries are reportedly on the rise across the state because lawmakers, at the behest of the Kansas Supreme Court, are phasing in a $500 million increase in school funding. But the state still has a long way to go to approach the 2018 national median of $57,949. 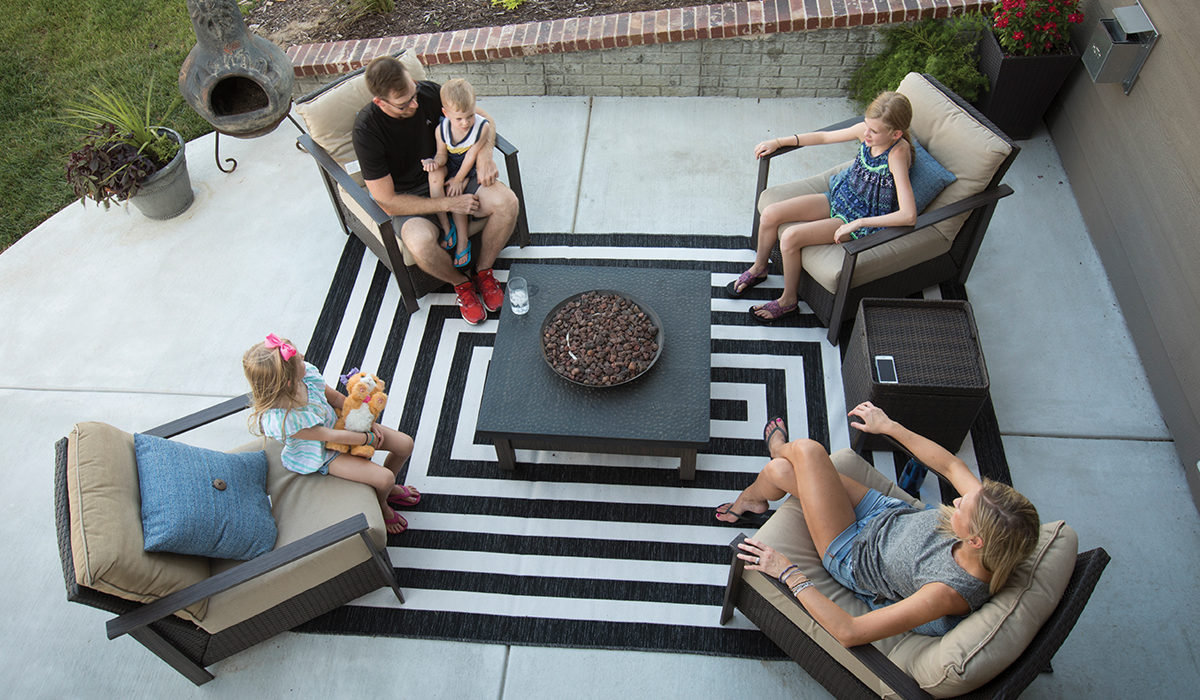 The Kelleys, clockwise from upper left, Ryan and Rory, Kaitlin, Kylie and Reese, have entered a new phase in their lives now that Ryan and Kylie have left teaching. “I never thought I’d be a painter,” Ryan says. “Money’s not everything, but it’s given us a lot more freedom.”

It’s hardly unusual for teachers to leave the profession. Between the 2014-15 and 2015-16 school years, nearly 9 percent of the state’s teachers departed, according a 2016 Kansas education commissioner’s task force report. The percentages were higher in the rural northwest and southwest portions of the state.

Teaching also appears to be less attractive to college students choosing a career. The same commissioner’s report shows the number of students majoring in education declined by 30 percent in 2014 compared with 2011. Low salaries, low esteem for the profession and instability in the Legislature’s funding of public schools all play a part in eroding interest in the profession.

The success of Integrity Painting has allowed her to be a homemaker, which was a priority for their family. For several years, while Ryan was still in the classroom and running Integrity Painting on the side, Kylie ran an in-home child care business.

“She was actually making more money doing day care full time than she did at teaching,” Ryan Kelley says. “I left teaching – and so did she – loving it. … It was sad. There was no anger behind it.”

The Kelleys have found a way to keep using their skill sets by teaching middle schoolers at their church. It’s certainly a benefit to those children but hardly equivalent to the loss of talent and expertise that Wichita had to try to replace.

Kara Belew is a veteran teacher with more than 20 years of experience who worked with Ryan Kelley in Wichita Public Schools.

“I felt like we had a gap when he left,” she says. “He was a talented teacher in terms of using technology and methods. The students responded to that energy.”

Belew is now a teacher in Andover Public Schools who is working on her doctorate in educational leadership. She notes that pay is not necessarily the driver for teacher turnover.

“Research will tell you that teacher turnover is caused by the accountability measures that are in place: testing, and a lack of control, a decreasing amount of autonomy in the classroom,” she says.

According to a report from the nonprofit and nonpartisan Learning Policy Institute, two-thirds of teachers leave the profession for reasons other than retirement. The costs are paid by the districts that must replace them and the students whose achievement suffers.

“I see a lot of teachers do too much. There’s definitely an imbalance,” Kelley says. “It’s high stress. Your job is not just teaching math or language arts. It’s sometimes mother or father to those kids.”

Kelley hasn’t taught now for two full school years. He stayed as long as he did because he cared so much about his students.

“We loved what we did,” he says. “It wasn’t enough for our family and for what our goals were.”