Perspective: Kansas woman among the vulnerable who fear for their health during COVID-19 pandemic

The constant refrain, “We’re all in this together, and we’re going to get through this together,” really never resonated much with Cyndi Koehn, and it certainly isn’t during this pandemic.

Koehn has a heart condition, lives in rural southeast Kansas and for the health emergencies that surface regularly, she has few medical options. In Independence, where she lives, there’s an emergency room with a handful of beds and just one overnight observation room. Nurse practitioners staff it, because doctors are in short supply. (As this story was being written, the health system that serves Independence announced it was significantly expanding bed space.)

For previous emergencies, she has traveled as far as Coffeyville; Bartlesville, Oklahoma; and Joplin, Missouri, by ambulance. Her insurance coverage recently changed. She said it won’t cover her anywhere beyond 50 miles.

“I feel like if I get that virus, I will die,” she says. “These are scary times.” 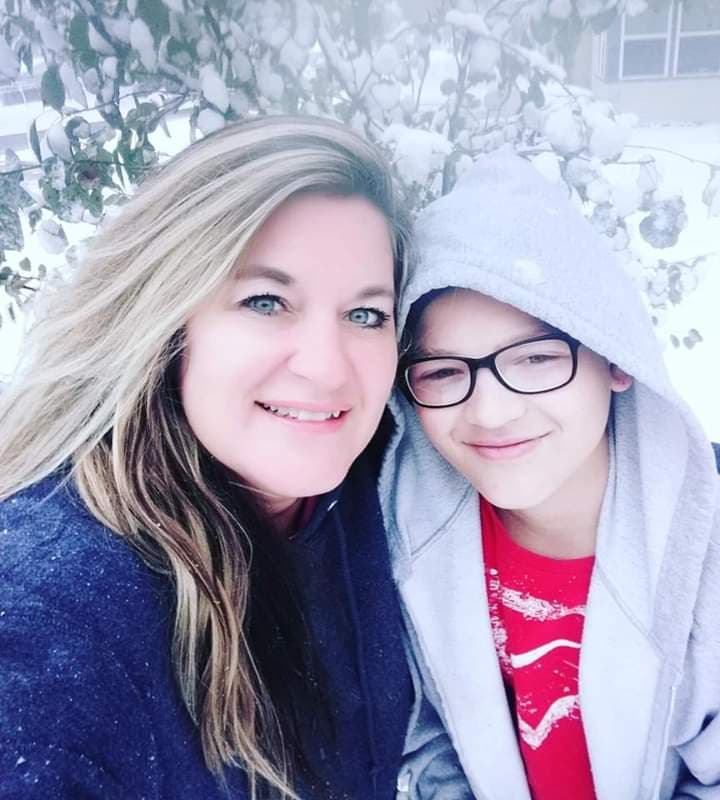 Cyndi Koehn of Independence, pictured with her son Jayden, has a heart condition and fears she has few medical options for r health emergencies. (courtesy photo)

The COVID-19 pandemic has risen like the morning sun to reveal the carnage from a long night of austerity and underinvestment in rural medical infrastructure. The full light of day is revealing how this calamity falls hardest on hourly workers, those lacking health insurance, those without savings and those like Koehn, who have underlying medical conditions. The rolling business closures and rising unemployment bring the wealth divide – particularly in rural areas – into shocking relief.

While a privileged group of people work from home, package delivery employees have to soldier on. Fast food workers are continuing to support wide swaths of the economy. Grocery employees run checkout lanes by day and stock shelves overnight. Truckers remain on the move, delivering those goods.

More than 300,000 Americans have tested positive for the novel coronavirus, according to the The New York Times coronavirus database, and 10,000 deaths have been linked to the virus. More than 20 Kansans have died due to COVID-19 and the state has recorded more than 700 cases.

The Rev. William J. Barber II has made visits to Kansas on behalf of the Poor People’s Campaign in recent years. One of his effort’s lead organizers, the Rev. Erica N. Williams, tweeted, “This virus is teaching us that from now on, living wages, guaranteed health care for all, unemployment and labor rights are not far-left issues, but issues of right vs wrong & life vs death.”

New York Times economics reporter Eduardo Porter wrote recently that in the richest country in the world, one in 10 people “must face the worst epidemic in 100 years without health care access.”

Porter wrote, “In the United States, people are expected to survive on their own. Those who cannot, are often left to sink.”

In an article outlining his book, “American Poison,” Porter says the “sinking” people are often black and brown. Historically, for example, he says people of color were denied access to many of the benefits provided by President Franklin Roosevelt’s New Deal. Southern Democrats wouldn’t have voted for it otherwise.

“If the safety net had to be shared with people of color, many white Americans decided they would rather not have one at all,” Porter wrote.

The irony, he says, is that this mindset – a social distancing based on race, politics and class – has harmed white Americans, too. We’re so interconnected. “Much of white America, the part addled by opioids, ravaged by suicide, despairing of a future, is also a victim of this poisonous way of thinking.”

Jonathan Metzl, a Vanderbilt University professor of sociology and psychiatry and Kansas City-area native, arrived at similar conclusions in his 2019 book, “Dying of Whiteness: How the Politics of Racial Resentment is Killing America’s Heartland.”

Metzl based his book on research undertaken in Missouri, Tennessee and Kansas between 2013 and 2018 on education, gun control and health care. He found that an embrace of white identity politics produced “catastrophic health outcomes for those same voters.”

Ideally, a crisis should unite people, but Koehn doesn’t think we have the luxury of such hollow platitudes now, when depending on where you live and how much you make, we experience this pandemic so differently.

“I’ve been trying to stay home, but someone has to go out for food eventually,” she says. “We really are not all in this together, and it’s cruel to say so.”

Columnist Mark McCormick previously served as editor of The Journal.