They’re young and talented high school grads. But will they stay in Kansas?

What will it take to keep the state’s best and brightest here after college? Here is what several college freshmen say.

Standout Kansas-grown students in their first year of college aren’t deadset on leaving the Sunflower State behind. But if they’re going to live here, it’s because Kansas will provide them with the career and life opportunities they want to fulfill their potential.

That’s according to five of Kansas’ brightest 2018 high school graduates. Although hardly a scientific sample, they certainly are examples of some of the highest performers to toss their caps this year. Each of them earned college scholarships of $20,000 or more.

It’s also clear they see immediate opportunities in Kansas. Only one chose an out-of-state university. This attitude is typical. Most Kansas freshmen attend Regents universities, but by the time graduation arrives, outlooks often change. 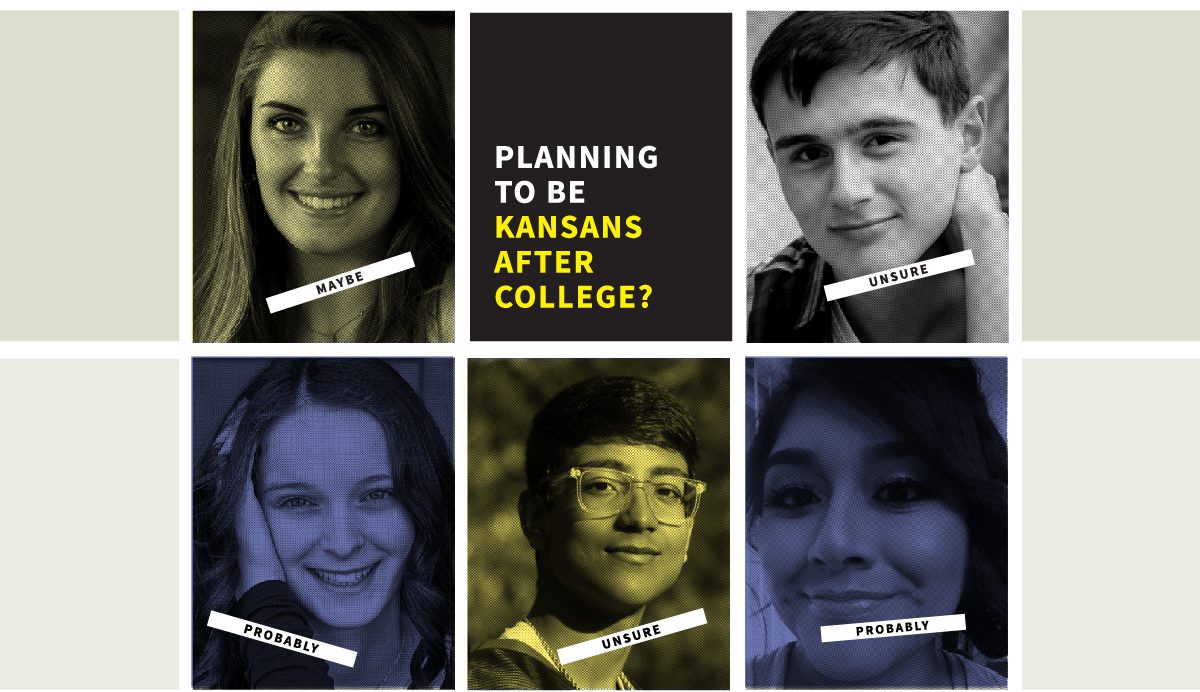 While about three-quarters of the students at state universities receive in-state tuition, less than half of the 2016 graduates — 44 percent — got jobs in Kansas post-graduation. That reflects a steady decline from 54 percent of 2009 grads who reported staying in Kansas.

Government officials want to persuade grads to stay close to home. In July, Gov. Jeff Colyer announced the Land in Kansas initiative, a review of economic development programs to strategize new investment and shift the state narrative from flyover territory to destination.

“As governor, one of my top priorities is growing our economy and ensuring our children have access to the jobs of the future right here in Kansas,” Colyer said in a news release.

And that’s the key. Most of the graduates interviewed by The Journal said they would like to settle close to family as adults, but they would follow opportunity wherever it led.

What will it take to keep the state’s best and brightest here after college? 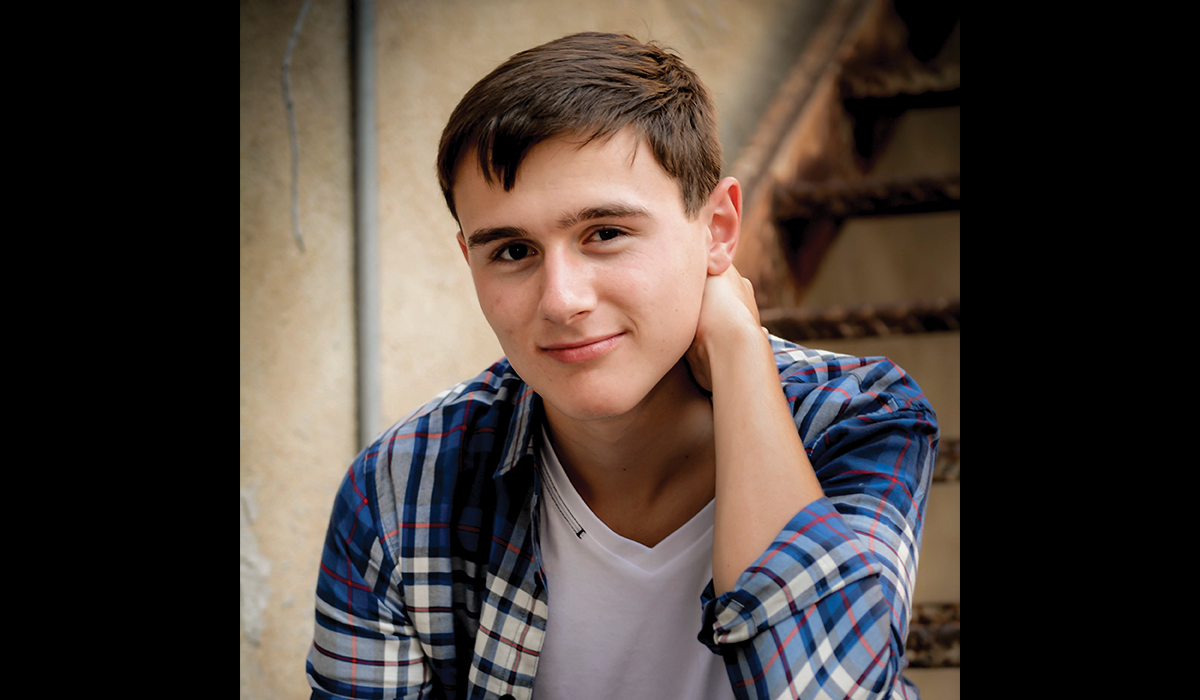 Bahr says he was involved in “literally everything” at his east-central Kansas high school, but he credits Future Business Leaders of America for unlocking his potential.

Bahr became the group’s national parliamentarian by earning the top score on a written exam at last summer’s national convention. He was required to select members of the nationwide parliamentary council and speak before thousands of members at state and national conferences. The experience whetted interests in corporate law, business management and politics.

Crieghton’s Jesuit principles and focus on service convinced Bahr to attend the Omaha, Nebraska, school. What could draw him back to Kansas? “I’m not entirely sure,” Bahr said, noting that he’d like to settle in the Midwest. “I’m really close to my family, so I could see that being a huge component.” 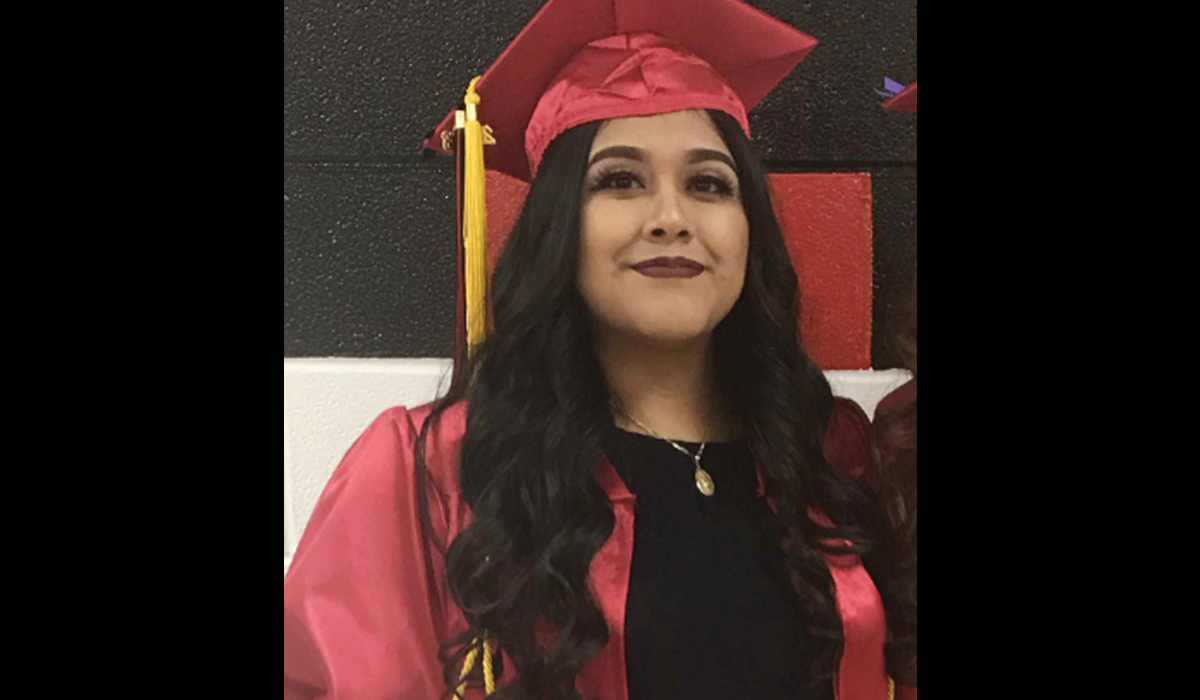 In high school, Gomez learned to use her voice to advocate for others. She participated in debate and competed at nationals in forensics during her sophomore and junior years. But it was youth court, where she gained experience with real cases, that convinced her to aim for law school.

Her goal is to move to the Kansas City area someday and “help people who can’t necessarily afford good representation,” she said.

“If you’re rich, you can get a good attorney,” Gomez said. “I see that as a problem in our justice system.”

She sees herself representing clients in court as well as running programs that help people in poverty, “so they don’t go down with a life of crime.” 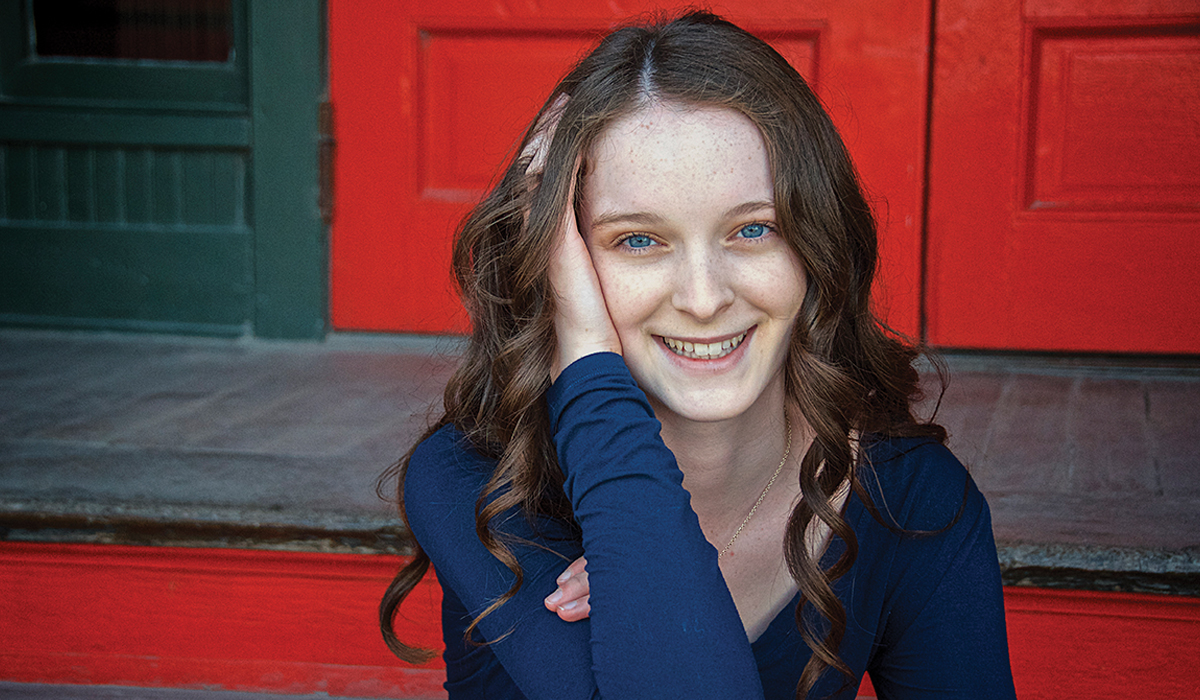 In high school, Jones immersed herself in debate and forensics, qualifying for nationals several times. She spent her spare time organizing charity golf tournaments that raised $60,000 for suicide prevention over three years.

Jones estimated that about half her peers plan to stay in Kansas for college.

“More of the people who are staying in state or near have more of an intention of being in Kansas (long term),” she said.

Jones hopes to own her own businesses someday, ideally near her family in the Kansas City area. But she’s keeping her options open.

“I would probably choose to live in the same area,” she said. “If work took me somewhere else, I wouldn’t be opposed to it.” 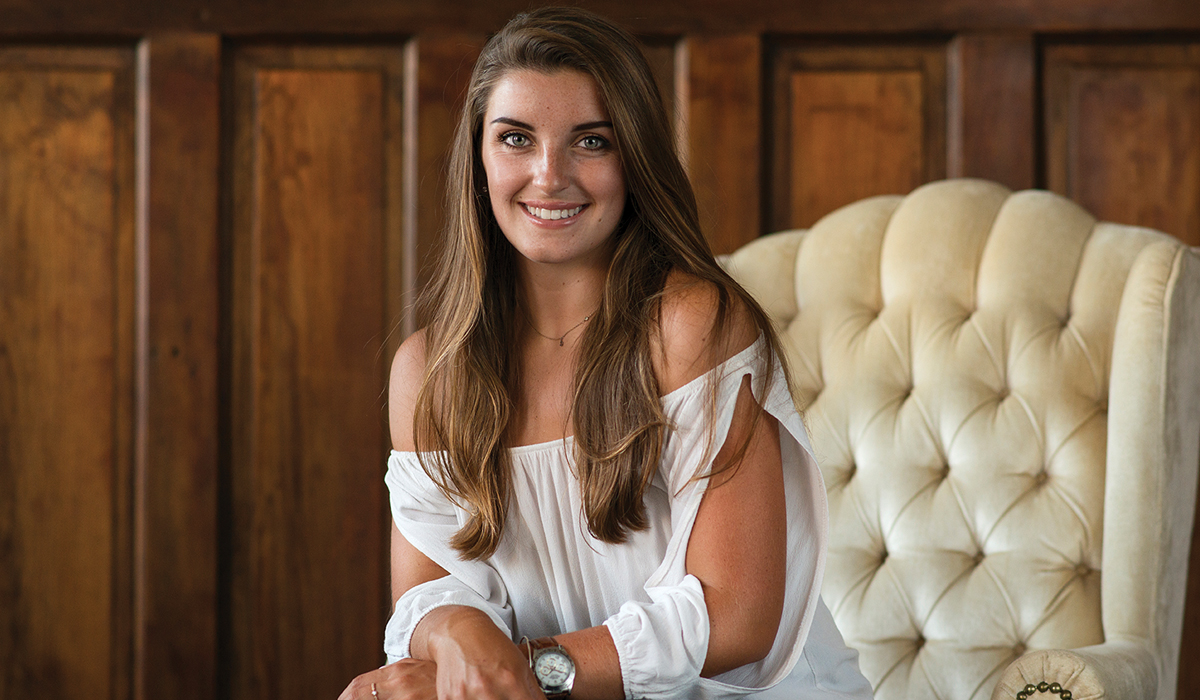 Mauerhan plans to be a physician, possibly specializing in dermatology, cardiology or obstetrics. The removal of facial skin cancers particularly intrigues her, with its intersection of saving lives and artful stitching.

Mauerhan moved with her family from California to Mankato after her father retired from the Navy. EBay lured them with a three-story, brick hotel in the north-central Kansas town of about 800 people.

She said she hopes that by the time she establishes her career, technology and health care will have changed enough that she can practice specialty medicine in a small town.

“I would love to stick around in rural Kansas,” she said. “I love to give back to my roots.” 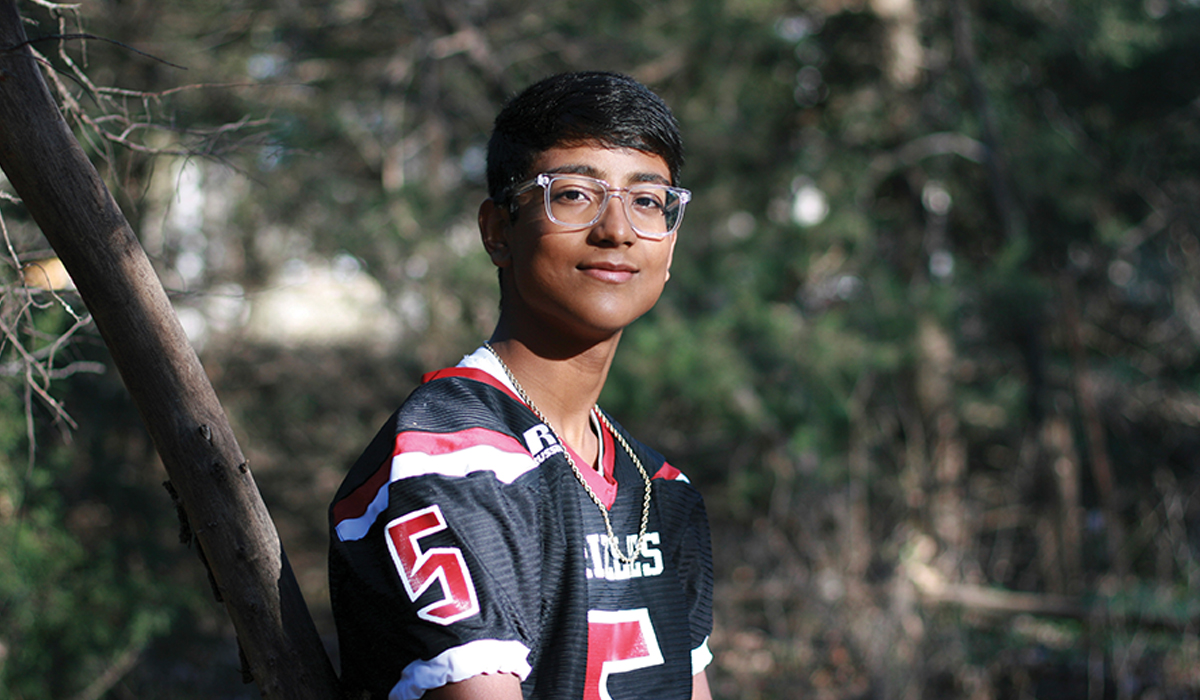 Nobi aspires to be a neurosurgeon. He plans to stay in Kansas for postsecondary education, “but that’s going to take many, many, many years,” he said.

“Honestly, I really haven’t thought that far,” he said. “I want to stay in Kansas to stay near my family and such, but at the same time, I may want to move out of state.”

“I just want to go to a big city,” he said. Raised in Brooklyn, Nobi moved to Mankato with his family 11 years ago.

Nobi admitted that he sometimes gets bored living in a small town. “It’s just so far away from everything,” he said.

He noted that although Mankato has a critical access hospital, there are no opportunities in neurosurgery.