Painful shock or hopeful flame? What a novel, Seattle activist reveal about power

What two seemingly contradictory views of power – light versus dark – tell us about exercising leadership in this dynamic, chaotic age.

In “The Power,” a work of speculative fiction by English author Naomi Alderman published last year in the U.S., women suddenly discover that their bodies can produce a deadly electrical charge, a development that quickly upends the gender dynamics between men and women around the globe.

Traditional concepts of male authority and dominance suddenly get challenged. At first, it seems like a turn toward justice, with the bad guys (male murderers and rapists) getting their due. Women assert themselves as prominent political and religious leaders. But then things take a darker turn. With “the power,” women take on the roles of crime bosses, dictators, even wanton killers. Society doesn’t just get upturned; it heads down a lawless path to a fateful confrontation between the old orders and the new orders.

Alderman propels her story to the most chilling of conclusions: Great power exposes what lies deep within us. None of us will understand what we’re truly capable of until we have it or are fighting to keep from losing it.

As I read the book, I couldn’t help but think about the real-life power shifts that unfolded in the closing months of 2017 as the #MeToo movement exposed the scope of sexual harassment and sexual assault against women. Powerful men who once seemed untouchable – Hollywood mogul Harvey Weinstein, television news anchors Charlie Rose and Matt Lauer, U.S. Sen. Al Franken – were abruptly toppled by allegations against them. The list of prominent men facing serious accusations seemed to grow relentlessly.

It wasn’t as though Alderman was predicting the future, but still I was left with an eerie feeling. Aided by social media and increased awareness of the sexual harassment problem, women suddenly commanded a new power to hold entrenched figures to account for their misdeeds. Although some critics raised concerns about due process – most of those falling from their perch were responding to public and institutional pressure, not the court system – it seemed like a fundamental shift was taking place in the nation’s culture and the rules of power and morality were changing.

What’s fascinating is how common – and quickly – that and similar power shifts have remade society. In addition to #MeToo, there’s the March for Our Lives Rally called by survivors of the mass shooting that killed 17 at a high school in Parkland, Florida. Changes wrought by Black Lives Matter, the Tea Party and the establishment- smashing march of President Donald Trump and his populist supporters continue to inspire and inflame. These shifts can take disturbing turns, too, such as growing normalization of racism, anti-Semitism and misogyny being elevated by increasingly vocal extremists.

The institutions and gatekeepers that once called the shots seem to be losing ground while the voices of individuals and groups carry much further. It’s as if, to borrow from Alderman’s literary world, dozens of groupings have gained newfound power to shock the system – and, in some cases, each other – at once.

As we’ve discussed throughout this edition of The Journal, thanks to technologies such as social media, this is truly becoming a time in history where anyone can lead at any time. It certainly makes one wonder:

Who will find their power next? 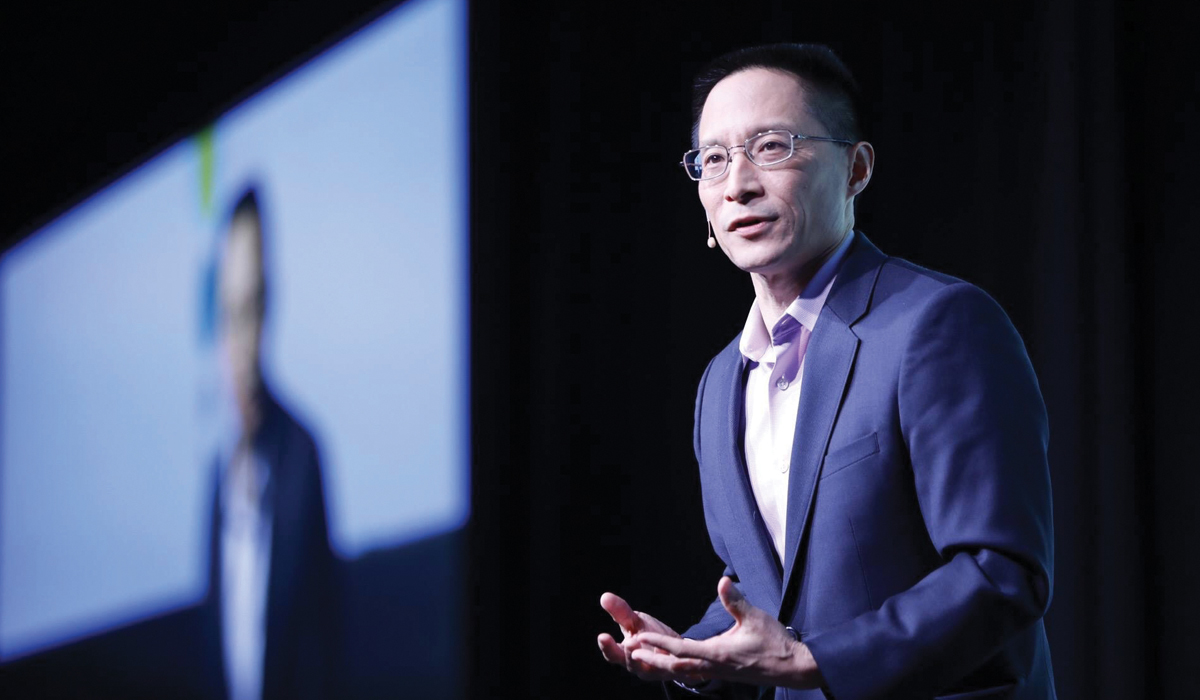 Eric Liu, a writer and founder of Citizen University, encourages everyday people to become more literate in the language of power. He is scheduled to speak at the 2018 Kansas Health Foundation Symposium, which runs June 7-8 in Wichita. Photo courtesy of The Obama Foundation.

The Quest for Wise Power

The rise of individual power hasn’t come without trade-offs. It’s been accompanied by a fraying of the collective arrangements that have lent order to society, particularly when it comes to the economy. So there’s a bit of paradox in that as the power of individuals to shape culture grows, wealth in this country is becoming more concentrated. For some on the left and the right, that’s a signal that political power is also being concentrated in fewer hands, rigging the game in favor of wealthy donors and large corporations.

In that context, the ability of more people to gain and use power shouldn’t be seen as frightening and disorienting; it’s a tremendous opportunity. One of those optimists is Eric Liu, a writer and the founder of Citizen University, a Seattle-based nonprofit encouraging more civic engagement across the country.

Liu, who spoke in Kansas City this year as part of the Topeka-based Sunflower Foundation’s speaker series, is the author of “You’re More Powerful Than You Think: A Citizen’s Guide to Making Change Happen” and a vocal advocate of everyday people understanding power and using it more effectively. He’s scheduled to speak again in Kansas at the 2018 Kansas Health Foundation Symposium June 7-8 in Wichita.

Liu, a former official in the Clinton administration, doesn’t hide the fact that the aims of his own activism have been to advance progressive causes. But his book is filled with examples from across the ideological spectrum under the premise that “a skillful citizen finds lessons everywhere.”

As a lifelong New York Yankees fan, he offers a useful analogy that helps clarify why liberals, moderates and conservatives all have an over-arching interest in democracy even if they dislike their rivals’ goals for it. As much as Liu hates the Boston Red Sox, he realizes that he shares with them an “abiding interest in the underlying health of the game” (emphasis is Liu’s).

However, the “underlying health of civic life today is poor,” Liu writes, and one of the reasons is that too few people are conversant in how power works. Many people don’t want to know much about it because they view power as a dirty word, one that conjures up disturbing images of coercion and violence. The negative connotations that come with power leave too many people afraid to get their hands dirty and allow those less bothered by its darker vibes to do the yeoman’s work of using it.

Liu urges his readers to see power as a gift: “It doesn’t corrupt character so much as it reveals it.” Power, in his view, is like fire. It’s neither good nor bad. The trick is how you choose to use it.

But that isn’t to say there isn’t a dark side to power, as Liu sets out in his “Three Laws of Power.” First of all, Liu says, “power
concentrates.” The more power you have, the more it compounds. And powerlessness leads to people becoming more disadvantaged. The second law is that power justifies itself. “People invent stories to legitimize the power they have,” or the lack of it, he writes.

But just as Liu begins to sound dark notes that seem to echo how power is used in Alderman’s novel, he offers a new twist in his third law, “power is infinite.”

It’s this sense – that there is no ceiling on the amount of power that can be exercised in civic life – where Liu challenges how power shifts often feel in practice. Power, in Liu’s view, is not a zero-sum game. The fact that women in the #MeToo movement or Black Lives Matter organizers or Trump voters are exercising more power doesn’t reduce the amount of power that I have as an individual.

It may feel different to exercise power in an environment where more people are able to effectively raise their voices. But it doesn’t mean that anything has been lost. Just because someone else has become richer doesn’t mean I’ve become poorer.

Some power is, of course, finite. There are only so many minutes during a meeting that people can speak, so who holds the floor and who doesn’t can be an expression of power. There are only so many seats in the Legislature and only one governor or president. The winning and losing of those positions of authority often determine the extent to which groups are able to advance their agendas.

And yet those official roles fail to capture all the power that gets leveraged. People can alter the course of a meeting in a mere sentence. The fact that so many call their lawmakers, tweet and organize rallies and marches – sometimes to great effect – reveals how unofficial power and influence also hold sway.

More people exercising more power over the direction of political life promises to be chaotic, confounding and frustrating. Yet it animates Liu’s optimistic view of power. From his perspective, democracy just works better when more people use power to shape society.

At one point, in his book, he writes:

“In civically flourishing societies, the people remember that the system is healthiest and most robust when power emerges from the bottom up and the middle out, not the top down. In such societies, the people recognize that it is not only fair that power be circulated widely; it is also wise. Wise in the sense that an ounce of prevention is worth a pound of cure. Wise in the sense that when more people are invested in the health of the society for more of their lives, we set in motion a positive feedback loop of liberty and responsibility and creativity.”

But as Alderman’s book explores, it’s all too human to treat someone else’s gain in power as your own loss. Even when someone doesn’t lose power in absolute terms, there’s a powerful urge to resist the relative loss of power that comes when someone else rises. In taking stock of who we are, human beings take note of where we stand in relation to others. Perhaps that’s why Alderman’s book features men counterattacking with bullets and bombs against the new power women gained in hopes of regaining their lost dominance.

What do these lessons about power mean for us, at this dynamic and chaotic period of history? Is the essence of power Alderman’s dystopian electrical shocks? Or Liu’s optimistic fire that adds light to the world with the illumination of each successive torch? The confounding answer is that holding tight to both views without choosing between them is crucial.

This is a time when the problems of the state, nation and world are calling out for more leadership – for more people to step up and assert their power to shape the world from what it is to somewhere closer in the direction of what it should be. That expression of power is indeed a gift for more people to give and use.

But people need to be mindful of those moments where power becomes a curse, too. They are too often blind to the amount of power they use and the harm they can inflict on others. It’s all too easy, as Liu suggests, to tell one’s self a story that power goes to the deserving. Adhering to the knowledge that power is just as likely to expose one’s flaws and insecurities as it is his or her attributes is an important part of exercising power wisely.

Rather than asking yourself, “How well am I using my power?” a better query might be to consider how the way you use power affects others. Are you simply a consumer of power? Or are you transmitting power in the direction of others?

If power is indeed infinite, as Liu says, then there’s never a reason not to “give it away,” as the Red Hot Chili Peppers once famously sang. There’s the chance it will always come back to you in the form of a much brighter light. 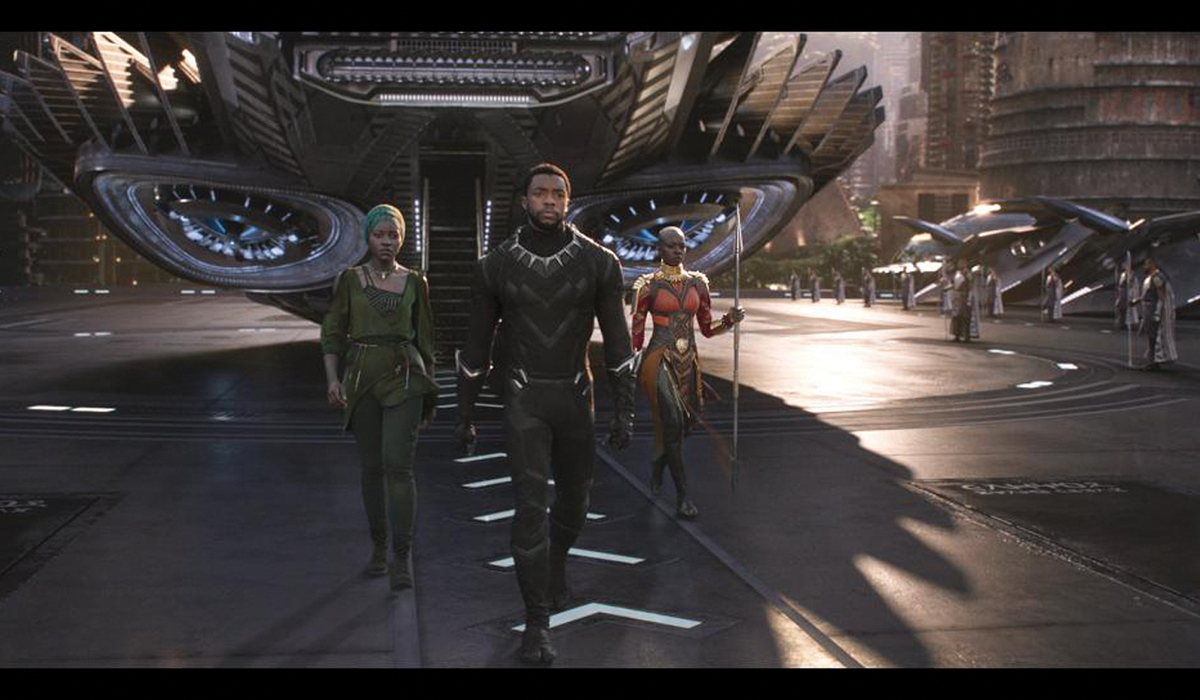