Much like baseball, the pathway
to success is learning from your failures.

Maybe the batter doesn’t even see the pitch. Or maybe he sees it, but keeps the bat on his shoulder. Maybe he swings, knowing, intellectually, the odds aren’t in his favor.

But believing, emotionally, he will succeed. And maybe he will see the ball just right, connect and send the ball into the gap, advancing a runner and helping his team.

In baseball, hit the ball on average just three out of 10 times and you’ll be one of the best. You will be enshrined in the Hall of Fame in Cooperstown; your .300 batting average will be the envy of players and kids everywhere.

“The understanding that even the best fail more than succeed creates a humbleness rarely seen among many professionals.”

What if that same understanding was embedded in our collective thinking about leadership? I can assure you it should be after almost 10 years working with thousands of Kansans and others working hard to exercise leadership.

“The difference between a baseball Hall of Famer and someone who can’t even make the roster is just one hit in 10.”

What if the difference between the best at exercising leadership and the mediocre were that slim as well? I think they are. Would we be more forgiving of those we expect to lead? Would we be thrilled when they do it well, when they connect and help mobilize a group, company, community, state or nation. But would we also understand that most of their efforts, probably seven out of 10, wouldn’t work?

People who attempt to exercise leadership often get defensive when things don’t work out. A politician spins the facts. A CEO over-explains the strategy. A community official does whatever possible to make it look like whatever they did was a success. What if an official could just say, “I didn’t see that one all too well. I’ll work on a few things and be back at it tomorrow.”

And their constituencies would accept that, because they would know leadership isn’t something that someone can do all the time. Just like it’s not possible to hit .800 or .900 in baseball.

Personally, I think I fail at exercising leadership more than I succeed. Knowing that makes it easier to hear the criticism, constructive or otherwise, from others. But their criticism need not inspire a defensive stance because there is nothing to defend. Of course I’m not perfect. Of course I don’t always lead well. Of course, of course, of course. Now, help me get better.

The difference between hovering at the Mendoza line or achieving Hall of Fame credentials is the steady application of practice, discernment, practice and more discernment, all eventually and hopefully leading to our being just a bit better. In baseball and in leadership. 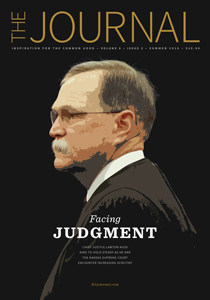