We seldom adopt history’s lessons easily, regardless of the thickness of our rose-colored glasses.

But as our nation’s seams strain to hold society together, the tumultuous Kansas landscape of the 1920s, featuring Gov. Henry Allen’s battle for our state’s soul, endures as one of those hard-won lessons worth reflection. History is experience and perhaps our best teacher.

Historian Charles William Sloan said Kansas’ Ku Klux Klan membership at the time was as high as 40,000, and Wichita’s membership topped 6,000. In 1922, the political and union infiltrations of the “Invisible Empire” were enough to kindle Allen’s concern.

While more than 70 percent of Kansas shop craftsmen in Arkansas City joined a national railroad strike in July, many black workers chose not to participate, prompting the Klan to threaten a parade meant to intimidate them into supporting the strike.

An angry Allen said he’d consider such a march a menace to community peace, and the Klan called off the parade. He then dispatched Attorney General Richard J. Hopkins to Ark City to investigate the Klan.

Allen’s resolve deepened after the October kidnapping and flogging of the Catholic mayor of Liberty, a small Kansas town near Coffeyville, by 15 alleged Klansmen. The Klan had to go, and that November, Hopkins filed a two-count petition with the clerk of the Kansas Supreme Court.

One count alleged acts of intimidation and violence by the Klan, but there was another clever and crucial claim: that the Kansas Klan operated as a foreign corporation under a Georgia-issued charter, so it didn’t have the right to conduct business in Kansas.

Allen, Hopkins and Kansas prevailed in 1925, but the Klan battled on, setting its sights on the state’s top elective positions as a backdoor path to a Kansas charter. But that door slammed shut when the U.S. Supreme Court said in 1927 that it would not hear the Klan’s appeal.

Kansas likely was the first state to legally oust the Klan, and Allen – with history at his back and civil society’s future in jeopardy – followed his conscience, smashed the KKK and claimed Kansas’ rightful, freedom-fighting heritage.

We once enjoyed a certain clarity about the virtues of such a fight, but those days are fading.

What are we to make of President Donald Trump’s estimation of some white supremacists marching in Charlottesville, Virginia, last year as “very fine people”?

History, according to author Taylor Branch, is the language of civics. It should help us navigate societal snares; but without it, we forget the nobility of our past. We lose our way.

Hasan Kwame Jeffries, associate professor of history at The Ohio State University, has cited literary performer and educator Regie Gibson in saying, “Our problem as Americans is we actually hate history. What we love is nostalgia.”

As residents of the first state to legally oust the Klan, we in Kansas must resist the temptation to forget that the uglier sides of our history continue to shape current events.

History has to be more than our noble narrative. It has to be the truth we may not want to hear, but heed intently. 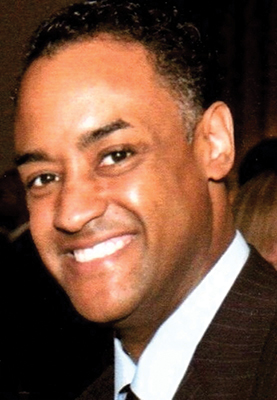 Mark E. McCormick is the departing executive director of The Kansas African American Museum in Wichita.