Because stakeholders found a shared purpose,
the seeds of a food and farm policy council
have been planted in Harvey County.

When the Harvey County Food and Farm Council served lunch as part of a conference this summer, organizers faced an embarrassing reality: It was hard to come up with enough locally raised food to feed the 30 or so participants.

Two years after its inception, the Newton-based council has not yet created the sort of eat-local, farm-to-table food paradise some members wish for. Indeed, you may have to squint to see much that has changed because of its efforts.

But that’s not to say the council hasn’t accomplished anything. First of all, it exists. As anyone who’s tried to start and sustain a volunteer-based group can attest, that can be an accomplishment in itself. And it represents considerable work across factions by bringing together a diverse group of participants who think they can make their community a better place by changing the way it produces, consumes and values food. There are representatives of big agriculture and small farms, people who work with at-risk populations, a retailer, schools, elected officials and others.

They certainly don’t share opinions and priorities across the board, but they have agreed on the common purpose of increasing access to locally produced food to benefit the county’s physical, economic and social health.

The idea of a council was first broached by Carolyn McGinn, a state senator whose family farms in both Harvey and Sedgwick counties. McGinn says she got interested in the concept of a council after attending a conference on sustainable farming in Wichita and talking to individuals interested in starting one in Sedgwick County. McGinn has a personal stake in the issue. In addition to conventional grain farming, she and her family have diversified into raising chickens for eggs, bees for honey and grapes for local winemakers. She’d like to see agro-tourism take hold in the area.

But McGinn, with a foot in two counties, began to think her efforts might be better placed in Harvey County. “It’s a very cooperative community that seems to work toward things that are sustainable. I think some of it is the Mennonite heritage.”

At the time, only a few food councils existed in Kansas, but it’s an idea that has since caught on. According to the Kansas Alliance for Wellness, a Topeka-based arm of the American Heart Association that has encouraged their formation, there are now 15 councils covering 31 counties across the state.

McGinn telephoned John Waltner, Harvey County’s administrator at the time, to see what he thought. They met at a Newton restaurant.

Waltner, who recently retired, takes pride in the idea that “in Harvey County, usually when something seems like a good idea, we tend to try to make it happen.”

Waltner saw one big potential obstacle in the form of the Kansas Farm Bureau, the state’s largest agriculture group, and its local chapter. In other places around the state, the Farm Bureau had opposed the formation of food councils when those organizations aspired to a policymaking role that would affect large-scale producers of commodities such as wheat and soybeans.

Waltner and McGinn both thought a council would be far more effective if sanctioned by the Harvey County Commission. “If we had been battling the Farm Bureau, there wouldn’t have been any chance at all” that would happen, Waltner says.

So Waltner had coffee with Steve McCloud, who was at that time president of the Harvey County Farm Bureau. (He’s now on the Farm Bureau’s state board representing Harvey, Sedgwick and eight other counties). 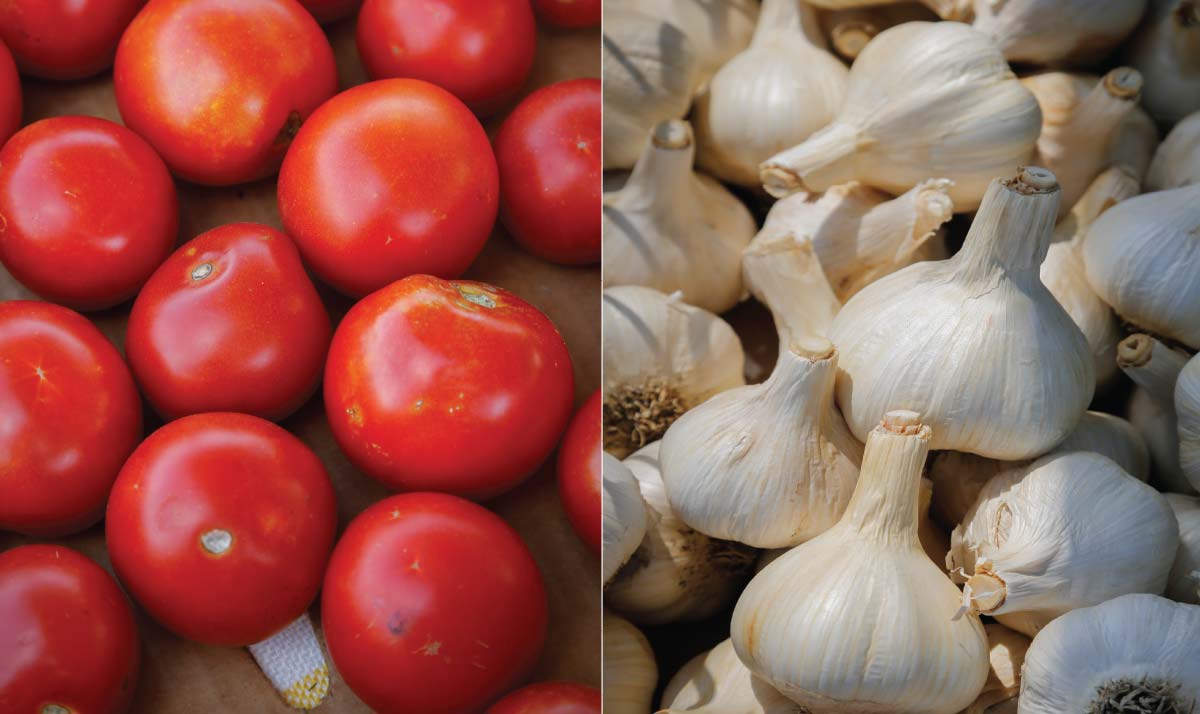 Because stakeholders found a shared purpose, the seeds of a food and farm policy council have been planted in Harvey County.

“I told him we’re trying to do something that would not focus on regulations at all,” Waltner says. “We weren’t telling producers how they needed to use their land. We were just looking for ways to allow ag producers to diversify a little bit if they wanted to, and promote farm-to-table efforts.”

McCloud says the perception that the Farm Bureau tends to represent the interests of large-scale agricultural producers is accurate. Large-scale agriculture drives Harvey County’s economy in more ways than one, he says, noting that the county’s largest employer is Hesston’s Agco Corp., which manufactures combines and planters.

But the Farm Bureau, he adds, “hopes to represent all aspects of agricultural, from small farmers to large producers.

“We’re not enemies. Issues that affect production – clean water, pesticide use, runoff – they affect everyone from someone with a market garden to someone who is raising commodities.”

In some places, he’s not sure a partnership between a food council and the Farm Bureau would work.

“Every place is different. There are areas, particularly when you get into some counties – I’m not going to name names – I don’t want to say it’s adversarial, but it’s a different kind of relationship.”

But with Waltner’s assurances, McCloud got on board, helping persuade his membership that it was a good idea to be involved. Indeed, the Farm Bureau chapter even offered to serve as a kind of fiscal agent for the fledgling council, although that did not prove necessary. 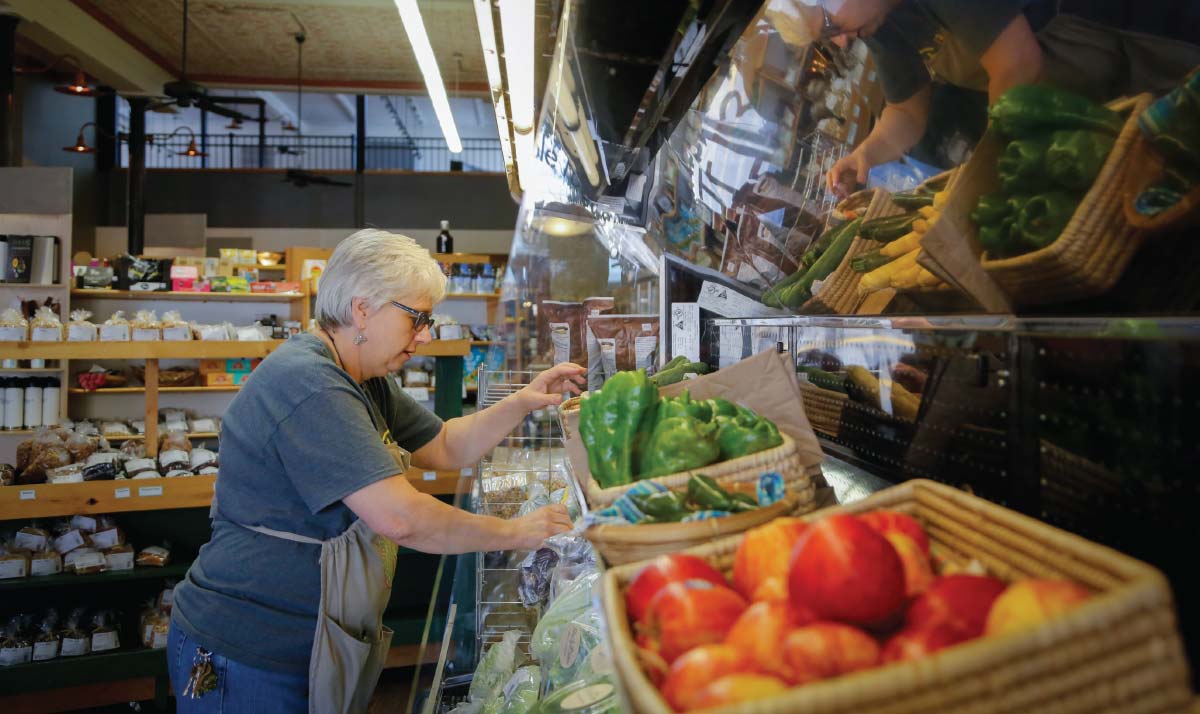 Carol Sue Stayrook Hobbs of Newton’s Prairie Harvest retail grocery, which offers locally grown produce, serves as president of the Harvey County Food and Farm Council. The entity hasn’t yet revolutionized local food production in the county, but it has brought together groups with an interest in local food and agriculture.

Waltner asked Lynnette Redington, director of the Harvey County Health Department, to provide the necessary staff resources a council would need. (The department had played a similar role with the Healthy Harvey Coalition, which has promoted worksite wellness and tobacco cessation.) The council applied for and received a grant to hire Lisa Bartel, who took over as coordinator of the council’s efforts.

“We were looking at it and the amount of energy and time it was taking, and we knew we had to delegate to a person,” Redington says.

A key contributor was Missty Lechner of the Kansas Alliance for Wellness. Lechner had helped other councils get started with suggestions for bylaws, data gathering and more.

“I do the technical work,” Lechner says. “It is up to them to do the adaptive work for finding the partners and getting that buy-in from elected officials.”

The Harvey County council got buy-in from the County Commission. For partners, they found people like Paula Sims, who with her husband owns Morning Harvest Farm, a small producer of eggs, meat and vegetables located in the county.

Sims says she and her husband are “pretty much polar opposites” when compared with most farmers in Harvey County. “Ninety-nine percent of the producers in the county are conventional farmers who deal with sale barns or co-ops. We’ve never been to the sale barn, never been to the co-op.” Instead, they sell food directly to consumers through a farmers market in Sedgwick County and a subscription service.

But Sims wasn’t going to pass up a chance to be part of the council.

“I thought it was a fantastic idea because there aren’t very many people that farm the way we farm. I just want to keep that voice alive.”

Sims sees a couple of problems with the council membership. It needs more ethnic diversity, she says. There’s no Hispanic member, and Hispanics are a significant part of the population. And it needs a restaurant owner. So far, none have been willing to serve, because they were either uninterested or too busy.

Sims also wishes things could move quicker. So far, the council has conducted a survey asking for community perceptions of healthy foods and whether they have adequate access to them, and it has started compiling a directory of local food producers. An analysis of food production and processing capabilities in the county will be conducted with the help of another grant.

“We just meet once a month, so it’s a slow process,” she says.

Lechner, who’s worked with councils across the state, understands the impatience but says gathering data and buy-in from as many people as possible constitutes “best practices.”

In the case of Harvey County, it’s brought together a wider array of groups than have collaborated in other parts of the state.

“You need to know what the community actually wants before you move forward,” Lechner says.

This article was originally published in the Winter 2018 issue of The Journal, a publication of the Kansas Leadership Center. To learn more about KLC, visit http://kansasleadershipcenter.org. For a subscription to the printed edition of The Journal, visit klcjr.nl/amzsubscribe.