Four years on, a volatile Pittsburg-area House district gets a rematch

State Rep. Monica Murnan unseated Chuck Smith, an acclaimed high school football coach, from the Legislature four years ago. It marked the fourth time in four election cycles that the district’s representation had flipped parties. Murnan, a Democrat, broke the pattern two years ago when she won re-election over Terry Calloway, a former Republican lawmaker.

This year, she’s being challenged by Smith, who hopes to return to the Legislature on a platform of reopening the economy and keeping taxes low. Murnan supports expanding Medicaid, which Smith opposes, and prioritizes stabilizing the state budget, and rebuilding the economy and communities hurt by the impact of COVID-19.

The district, which includes Pittsburg and much of Crawford County, has been trending Republican in its voting patterns, overwhelmingly backing Donald Trump for president in 2016. But it supported Democrat Laura Kelly for governor by similar margins two years ago. 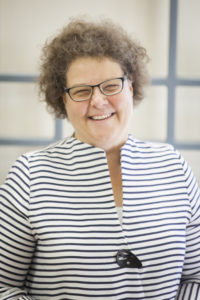 Hello, my name is Monica Murnan. It’s been my honor to serve in the Kansas House for two terms. I am a licensed teacher and school administrator and work at Greenbush-Southeast Kansas Education Service Center. For seventeen years I was the Executive Director of The Center in Pittsburg, a large early childhood collaborative that serves over 300 kids a day in child care and PreK. If someone asks me what I do, I say “I’m an early childhood person”. I’ve also been committed to removing barriers to access to quality health care in my region. I love building and maintaining systems that support kids and families. My husband, Rob, and I have three grown daughters and two grandchildren.

Medicaid Expansion, a stable budget, and rebuilding the economy and communities due to the negative impact of COVID-19.

Nothing about this time is easy. We have to elect House members that can understand complex subjects, listen actively, and communicate effectively. It’s amazing how many people vote because of a letter behind a name on a ballot. We can do better.

The government is one of many players in our health care system. A good health care system is a blend of government, for-profits and nonprofits. I believe both affordability and accessibility are an issue but I have a glimmer of hope in how telehealth has improved access for many. As the ranking minority member of the House Health and Human Services Committee, I think most citizens would be amazed to know we didn’t meet each day as we were supposed to because the Chair didn’t want to have bills up com that could be used for Medicaid Expansion. That means standard policy updates from agencies weren’t heard, requests from citizens about improving health care weren’t heard and movement to improve health care licensing wasn’t heard. That’s not right. To me, that’s the government involved in your health care in a negative way. In Kansas, we have to look at all strategies to improve access and affordability at every level of government and see what can be done to improve the process.

These are people’s lives we are talking about, it shouldn’t be treated as a game. It has been treated by legislative leadership as a game and it’s just not right. Even if a legislator doesn’t agree with the premise of equal access to health care, being against Medicaid Expansion doesn’t make any financial sense. As a founding member of a safety net clinic, I understand the issue and I understand Medicaid Expansion will not fix health care in Kansas. It will, however, make a far-reaching and positive impact for individuals and communities.

I believe our state government plays a large role in recovery. The steps that have been taken thus far have been well thought out and supported by local information that had been gathered before the pandemic. I believe the government needs to be engaged and connected to communities in order to effectively respond.

The Governor’s Tax Reform Council has done a good job of gathering information and researching solutions. Any tax policy needs to be well thought out and not just sound bite politics. Good tax policy and budgeting is not exciting. It’s hard work and it’s a commitment to priorities.

I believe the Department of Commerce’s recent set of strategies are based on fact and best practice. I support their efforts and appreciate this is not a one size fits all set of solutions.

Everyone’s doing their best. It’s just a really tough situation. (Note: The choices were: stop the spread of the virus, keep the economy going, and economic recovery after the virus is contained.)

All three (Note: The choices were: stop the spread of the virus, keep the economy going, and economic recovery after the virus is contained.)

Every action of the legislature needs to be based on facts and not personal opinions. Unfortunately, the legislative inaction is more harmful and a more frequent blow to justice

The Journal did not receive answers to its questions from Chuck Smith. Below is a summary of his views based on publicly available data.

From his campaign materials:

Chuck was the head football coach at St. Mary’s Colgan High for 37 years, where he led the school to five state championships. He was inducted into the Kansas Sports Hall of Fame in 2018. He went on to serve as a state representative from 2015-17.

“It’s not that I don’t want to help people, it’s just going to cost us money that we don’t have and the federal government can’t give money away that they don’t have,” he said in a newspaper report of a public forum.

“That’s just a loan and my grandson is going to have to pay it back in 30 years. We are really jeopardizing our grandchildren’s future, which isn’t fair at all.”

During the forum in Pittsburg, The Morning Sun reports that Smith advocated for opening up the state again, especially schools.

“We closed our schools, we closed our businesses and we thought we were doing the right thing, but probably that was the worst thing we could have done. Kids need to go to school,” he said.

The newspaper reports that Smith even said he was thrilled that his grandson, who is staying with him, is going to school despite the risk it poses to himself.

“I’m the one that is in danger,” he said. “If my grandson brings that virus home from school, I’m ready for it. That’s a chance I am willing to take.”