Familiar names on the ballot in southeast Kansas House district

Bob Grant, who died in 2015, represented southeast Kansas in the House District 2 for 16 continuous years before retiring in 2013. He was replaced by Adam Lusker, also a Democrat, who went on to win two terms of his own without general election opposition. In 2018, though, Republican Kenneth Collins unseated Lusker in a very close race.

This year, Collins, who owns a convenience story in Mulberry, is running for re-election and he faces Lynn Grant, a member of the Frontenac City Council and Grant’s widow. Despite the district’s recent history of Democratic representation, it’s preferred Republicans in recent presidential and statewide elections. More than two-thirds of the district’s voters supported Donald Trump in 2016 and Kris Kobach defeated Democrat Laura Kelly by about 7 percentage points in the 2018 governor’s race. The district borders the City of Pittsburg and includes parts of Crawford, Bourbon, Neosho and Allen counties.

The Journal did not receive answers to its questionnaire about election issues from Collins, but he has talked with the media about his views elsewhere. Like many other Republicans running for the Legislature this fall, he opposes expanding Medicaid and wouldn’t support another statewide shutdown to rein in the coronavirus pandemic. He’s prepared to cut the state budget to deal with revenue shortfalls related to the pandemic and believes that letting businesses get back to work is the best cure for the state’s economic woes.

When it comes to the Black Lives Matter protests, he told KSN-TV: “I have recently come to realize that as a white American my outlook on our society and that of minority Americans is not always the same. We should always strive to be more understanding and to treat each other with respect.”

Grant supports Medicaid expansion and says it would be her No. 1 priority in office.

“With it, we have the means to keep hospitals, especially in rural areas, and clinics open, keeping doctors and nurses in those areas,” Grant said. “In addition, the benefits to the economy are huge by employing staff who will stay in the community and spend their money in that area. It is a win-win situation.”

She emphasizes the need for communication and facts in dealing with the pandemic, saying that elected officials must be willing to listen to their constituents, answer their questions and go the extra mile, if need.

“This is a point in time that we need bipartisanship and compromise,” she said.

The Journal did not receive answers to its questions from Kenneth Collins. Below is a summary of his views based on publicly available data.

I grew up in Mulberry and after many years of living away, I returned 7 years ago. I have recently retired from AT&T and I am currently a convenience store owner in Mulberry.

I am a veteran of military service having served a total of 10 years in the US Air Force and the Kansas Army National Guard. I have an Associates of Science degree from Fort Scott Community College and a Bachelors of Science from Friends University. I am divorced and I have no children. I enjoy small town Kansas life and the district that I am running to represent is made up of small towns and rural areas. I hope to be a part of the Kansas State House of Representatives so I can be a voice of the people in Topeka. The biggest challenge right now for the Second District and Southeast Kansas in general is lack of economic opportunities. Completion of a four lane US Highway 69 to Pittsburg and then on to Oklahoma would be a big step in the right direction. Other things that could be addressed to help economically are taxes and education.

The two issues that come up most often when I talk to people are pro-life and the Second Amendment and they are also important issues to me. As a representative of the people I plan to vote in a way that promotes the pro-life cause in Kansas to ensure that lives of the unborn are given the sanctity that they deserve. As to the Second Amendment it is an important right that was given to us by the Founding Fathers and it should not be taken away from an individual without due process. I believe that new gun control laws will do nothing to curtail violence and will chip away at our basic rights.

Thank you for taking the time to consider me for this important position. I love our state of Kansas and I want to make it the best place possible for generations to come. Please get out to vote November 3rd.

Collins told The Iola Register that he is not in favor of expanding Medicaid. He told the newspaper that he favors private organizations and associations forming their own health insurance plans. As an example, he mentioned legislation he supported that allowed Kansas Farm Bureau to offer its members health coverage that doesn’t conform to the Affordable Care Act and its provisions to cover pre-existing conditions.

If more Kansans were eligible for health insurance through Medicaid expansion, Collins told The Register, “you’d still have the same number of doctors and hospitals and they would be overwhelmed with the increased patient load.”

Collins told The Register that he is prepared to cut the state budget in an effort to make up for revenue losses incurred because of the pandemic.

“We’ll have to make some cuts,” he said Monday. “Of course, everybody thinks it should come from somebody else’s budget.”

He opposes the prospect of future statewide stay-at-home or shutdown orders. He told KSN-TV that during the spring he was “flooded with complaints from constituents who were not able to work but were unable to access the unemployment benefits that were promised to them.”

“While I am concerned about COVID and I take precautions in my own life and encourage others to do so it isn’t practical to conduct a long term statewide shutdown,” he told KSN.

He sees letting business get back to work as the key to economic recovery.

Collins told KSN-TV that “agricultural operations have become very high tech and rural broadband is important for farmers and ranchers.”

Collins told KSN-TV that: “I have recently come to realize that as a white American my outlook on our society and that of minority Americans is not always the same. We should always strive to be more understanding and to treat each other with respect.”

He also says he is in favor of people expanding their social circles and getting to know people with different backgrounds and experiences. He also states that the district he represents “is protected by small police and sheriff’s departments that are staffed, for the most part, by men and women who work hard to do their jobs in a professional manner.” What’s good about law enforcement shouldn’t be thrown away for the sake of change. 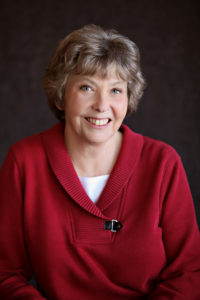 Communication and facts are key to the situation we are in due to the pandemic. Elected officials must be willing to listen to their constituents and answer their questions. Sometimes they may have to find another source for the information needed, so they will need to go the extra mile, so to speak. This is a point in time that we need bipartisanship and compromise.

It is involved enough but there are factions that see health care only as a cost and not a benefit.

Health care needs to be more affordable and more accessible especially for the underemployed or those not making a living wage. This could happen with Medicaid Expansion.

I fully support Medicaid Expansion. With it, we have the means to keep hospitals, especially in rural areas, and clinics open, keeping doctors and nurses in those areas. In addition, the benefits to the economy are huge by employing staff who will stay in the community and spend their money in that area. It is a win-win situation.

The government needs to be involved in the economic recovery of the state. Gov. Kelly has started by renewing the no-eviction policy. There are several programs open to those affected to recoup some of their expenses, those funds, in turn, going back into the community.

I would leave taxes alone. Raising them at this time will hurt Kansans, lowering them will hurt the ability of the state to fund promised services. Education must not be cut.

We need to expand broadband and there are ways to do that now through grants and programs offered for the next few months.

We still have too many people who do not accept the seriousness of Covid-19.

All of the above (Note: The choices were: stop the spread of the virus, keep the economy going, and economic recovery after the virus is contained.)

Kansans need to learn that we are in this together and to respect the procedures that will protect them and others. Violence cannot be a response to being asked to cooperate.

These problems need to be studied immediately, not just talked about and put on a shelf. The discussion needs to include input from all sides and be done in a productive manner. Current events will not improve without serious and open sharing of experiences and dedicated commitment to improve the status of criminal justice.