Columnist: Amid COVID-19 response, both news media, critics need to look in the mirror

Take a moment, if you will, to consider perceptions of news coverage through author Ta-Nehisi Coates’ prism, and one aspect of news organizations’ travails seems clear. “Racism is not merely a simplistic hatred,” Coates says. “It is, more often, broad sympathy toward some and broader skepticism toward others.”

That definition explains, depending on your political inclination, how President Donald Trump’s handling of the COVID-19 pandemic is either competent and measured or lacking even foundational understanding.

Because these perceptions can have little to do with facts, it’s obvious that while news outlets have some problems, it’s fairly clear that they aren’t the problem. Reporters covering this pandemic are doing their best work under crushing deadlines, working remotely, and digging deeper for facts.

During times of crisis, when news organizations typically earn Pulitzer Prizes, the media ought to instead try to win back journalism’s ultimate prize: trust. This also addresses the perception gap.

To reclaim that trust, they’ll need to do three things: Raise reporting standards, draw clear distinctions between themselves and untrustworthy outlets and, most importantly, actively defend their role in maintaining democracy.

This erosion of trust has stemmed from routine behaviors – some errors of omission, others of commission.

Mainstream news media omit a great deal. They routinely disregard story framing and voices that sufficiently include conservative audiences. How could Fox News and other right-leaning outlets develop such loyal followings unless their views weren’t being indulged in the mainstream?

But right-wing media omit a lot, too, like objectivity, fairness and facts. They portray themselves and their audience as aggrieved and believe that this aggrieved status entitles them to their own set of facts.

But all media should raise their journalistic standards, particularly during this time when people are so dependent on thorough, objective reporting.

This means double-checking facts. “If your mother says she loves you,” legendary University of Kansas journalism professor John Bremner often said, “check it out.” Do less interpretation, and more reporting. Also, admit when you’re wrong.

News media also should draw bright lines between themselves and modern brands of yellow journalism that dish on entertainment and gossip, rather than dig for substantive news.

Lastly, the media should defend themselves by telling their own story. An entire industry has emerged whose sole purpose is to manipulate the media’s work and its audience. News organizations should beef up staffs and report on those groups and explain their role as the Fourth Estate.

Editors and publishers need not stand with arms folded or hands on hips in front of a billowing American flag or have their reporting teams walking in a flying “V” in sync with a power ballad, as some television journalists do to promote themselves.

But please stop leaving an information vacuum that others will rush to fill. News media cannot absorb regular broadsides from political operatives without responding.

News organizations have performed heroically during this crisis, bridging the distance between governmental leadership and the sheltered-in-place public. They shouldn’t be shy about asking, “what would society have done without them?”

But make no mistake, news organizations have real problems. They’ve ignored diversity, sacrificing a connection to emerging audiences. They’re more beholden to profits than to their public trust. They seem obsessed with celebrity rather than with reporting rigor.

But if your news media critique has more to do with where you stand politically than with what news media actually report, the problem isn’t the media. 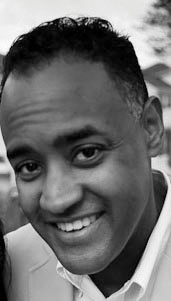 Coronavirus shots represent a miracle that has be chosen