As tensions threaten to ratchet up over school funding, the need to temper passions grows

In the game of rock-paper-scissors, no one hand signal dominates. Rock breaks scissors. Paper beats rock. But scissors cut paper.

Every sign can defeat or be defeated. There’s a perfect balance built into the contest.

It’s an equilibrium the nation’s founders had in mind when they baked checks and balances into the U.S. Constitution, a separation of powers echoed in Kansas’ government. A legislative branch makes the laws, an executive branch enforces (or sometimes vetoes) them and a judicial branch reviews them. No branch has absolute power.

But this Christmas I received a gift that gave rock-paper-scissors a new twist. In a card version called “Rock, Paper, Scissors, Bomb,” the rules are familiar save one incendiary exception: A bomb bests everything else. As I played the game, I couldn’t help but think about national and state politics.

In today’s hyperpolarized climate, a lot of us want a bomb card – something to ensure a victory. Why waste time with checks and balances when one can assert superiority?

In Kansas right now, a high-stakes game is playing out as the Legislature and Gov. Jeff Colyer respond to a Kansas Supreme Court order to fix the constitutionality of the state’s school funding system. Weeks ago, lawmakers passed legislation spending $500 million more on public schools over the next five years in hopes of meeting the court’s call for adequate and equitable funding. The court is reviewing the law. If it’s not affirmed, schools could run out of money on June 30.

This case arises from a lawsuit school districts filed against the state in 2010. But litigation over school finance has swirled for decades. In the past, despite tense moments, conflicts have been resolved without a train wreck. However, all indications are that patience in Topeka is wearing thin this time around.

Some lawmakers resent dealing with school funding year after year at the expense of other priorities. School districts see a Legislature continually shirking its responsibility to fund schools as it should. The court has signaled that it won’t stand for leaving an unconstitutional system intact. If the Legislature’s latest effort doesn’t fly, the danger of a constitutional crisis looms.

Political opponents or different branches don’t have to like one another, but they must respect the other side as having legitimate views or roles. They also must exercise restraint by not doing everything they can to win. Absent those norms,
a trustworthy process is impossible.

This isn’t to say that Kansans shouldn’t fight for their values or beliefs. And forbearance certainly has downsides. Settling for less than what you believe to be right is hard, and it risks leaving injustices intact. Norms of forbearance in the U.S. Senate prior to the civil rights movement, for instance, helped deprive African Americans of their constitutional rights for decades.

But passions must be kept in check, too. The system can’t work unless all sides trust the process enough to know that democracy necessarily involves both victories and losses. These may be times to fight hard. But how you fight and where you’re willing to draw the line still matter.

In rock-paper-scissors, in my experience, nobody really ever fights or cries about the outcome, and it would be silly to do so. You accept the results until the next chance you get to play.

Yet all too often in recent years, Kansas’ public image across the country has suffered from successive blows dealt by protracted legislative fights over redistricting, taxes and the budget. The last thing we need is another headline-grabbing crisis.

Fight too hard for too long and too often, and everyone ends up bruised, bloodied and certainly no better. For that reason, if this indeed does become a time for a good fight, it’s a fight that needs to unfold within the bounds of respect and restraint. 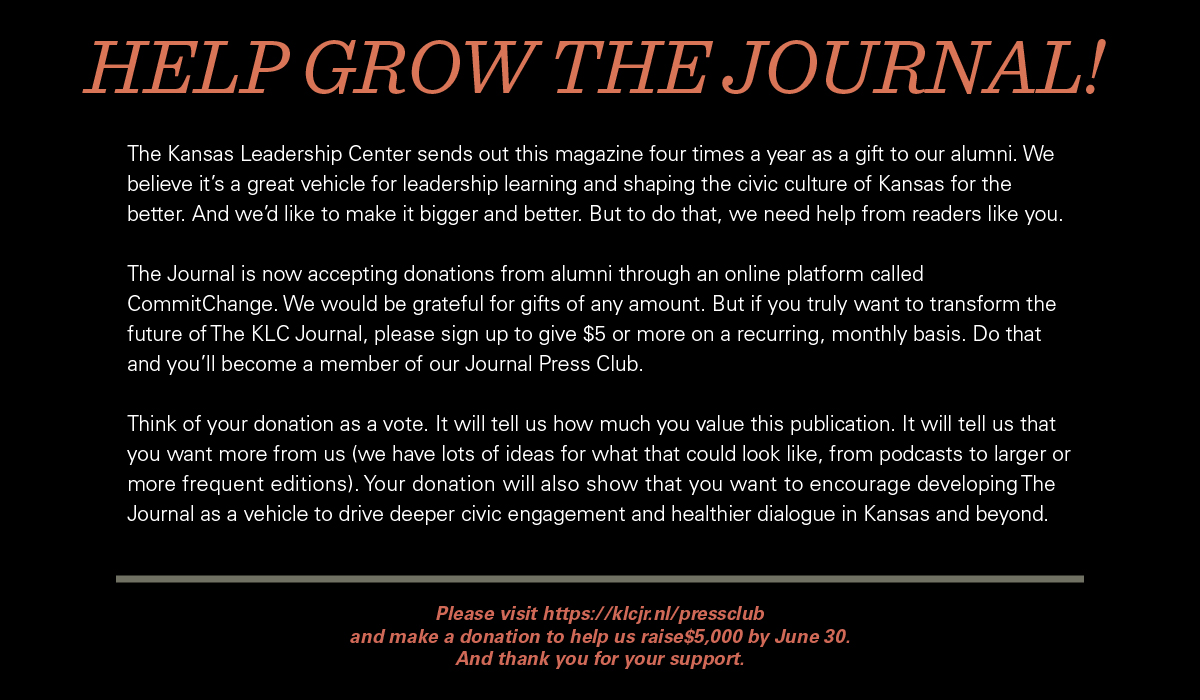