The debate over guns and public safety ranks among the most divisive topics in civic life today. Earlier this year, a special civic engagement edition of The Journal focused entirely on this debate.

Developed using extensive reader feedback, it explored the barriers to thoughtful debate, presented some basic facts and told 14 stories of Kansans with a variety of perspectives. The Kansas Leadership Center hopes the information being presented in this magazine will broaden what Kansans know and consider about an emotional and polarizing topic.

Now, it’s time for KLC alumni, the thousands of people who’ve participated in Kansas Leadership Center programs over the past decade, to put the skills they developed to use. We’re asking alumni to convene small-group discussions shaped by the KLC framework about this issue, a series of locally led convenings we call Journal Talks.

Here is a brief explanation of what Journal Talks is. Each year, the KLC board of directors, with input from alumni, selects an issue of statewide interest. The KLC doesn’t take policy positions on what should be done about civic issues, and surveys show that KLC alumni are far from being likeminded about guns. The goal of Journal Talks is to support alumni who are open to the best and most effective discussions around the state on the toughest issues.

We want to learn what happens when thousands of alums commit to hosting discussions on the same issue. The assumption is that KLC alumni will get more skilled and more comfortable at having discussions on the most heated topics that divide people. The hope is that KLC alumni will learn to better understand one another and become more skilled at leading the way on tough issues. Journal Talks are a way to practice KLC leadership ideas in a real setting.

In 2018, the KLC asked alumni to host Journal Talks exploring the relationship between communities of color and law enforcement.

KLC provided resources, including a discussion guide and two illustrations providing contrasting experiences on the topic. The illustrations allowed participants to discuss many different points of view, including ones different from their own. This skill isn’t always natural. It takes practice. That first round resulted in 75 Journal Talks with close to 900 participants.

Thanks to all of you who hosted a Journal Talks in 2018. We learned a lot about the process and hope to refine it further this year to make it more impactful. Imagine alums from across the state sharing what they’ve learned and providing tips to conduct better discussions. This goal is crucial to the big idea of the KLC. Alums forming networks to tackle community challenges has always been a goal. Journal Talks represent one tactic to help make that a reality.

We hope this edition of the magazine energizes you to host a Journal Talks dialogue in your community. Here’s a rundown on how Journal Talks works:

Each year the KLC will release a special civic engagement edition of The Journal entirely dedicated to a particular issue. In 2018, we selected the relationship between communities of color and law enforcement. In 2019, the selected issue is guns and public safety. The issues will change from year to year, but the skills involved won’t. The goal is to practice getting better at having tough discussions.

With help from alums, we will create a simple-to-use guide embedded with KLC ideas to host a small group (four to eight people) conversation in your community. This discussion guide will change from year to year depending on the topic. We are committed to making it as easy as possible to use and not require the most sophisticated facilitation skills.

After you host a talk, let us know how it went. We want to create a community with a common language whose members are learning from one another.

Please join the community and help us reach a goal of 200 Journal Talks in 2019. 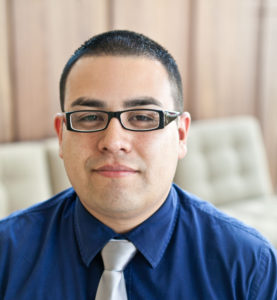 Shaun Rojas is the director of civic engagement at the Kansas Leadership Center and oversees the Journal Talks discussion series. He can be reached by email at srojas@kansasleadershipcenter.org.